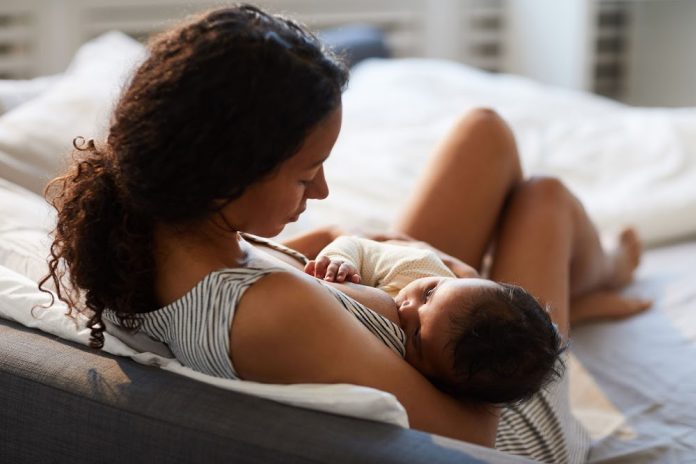 It’s an incredibly special bond between mother and child, and it’s also a topic that raises many differing opinions. This week, we’re discussing breastfeeding.

We’ll highlight some fundamental facts of breastfeeding and sort through a variety of opinions. My hope for you is that this article helps you make the most informed decision as you travel along this personal journey.

Breastfeeding is a unique experience that is shared by mothers and their children across cultures, countries, and centuries. It shouldn’t come as a surprise then to find out that breast milk is the best source of nutrition you can give an infant.

Breast milk is also special because its composition changes as your baby develops! It provides your child the nutrients they need, when they need it most.

Let’s examine some of the benefits of breastfeeding for both infants and mothers, as stated by the CDC:

Mothers who have breastfed their children are at a lower risk for breast and ovarian cancers, diabetes, and high blood pressure.

Time Spent at the Breast

Infants will breastfeed 8 – 12 times in 24 hours. Though these feedings won’t often occur on a set schedule. The length of each feeding time also tends to vary. Feeding times typically vary from 10 minutes to 45 minutes.

Your baby will usually give you a signal when they are ready to switch breasts. The majority of resources recommend allowing your baby to make the decision rather than changing breasts too soon.

This is because the milk towards the end of a feeding session will often have a higher fat content. Removing your baby too soon could affect their ability to receive the extra nutrients.

Now that we’ve reviewed some benefits of breastfeeding, let’s discuss what the medical community says about weaning.

According to the American Academy of Pediatrics (AAP), children should be exclusively fed with breast milk until around six months of age.

“Exclusive” in this context means that the child is only ingesting breast milk, and no supplemental food or water. While exclusive feedings should continue for six months, this doesn’t mean you should stop breastfeeding at six months.

The CDC also recommends that mothers continue to breastfeed for at least the first year. You’ll be adding in complementary foods as you wean your child.

So, by the time your child is a year old, breast milk will account for less of their diet depending on how far you’ve gotten into weaning.

Some children may only be breastfeeding a couple of times a day by age one, while others will still be relying on breast milk for most of their nutrients.

There are certainly instances in which breastfeeding isn’t possible and rare cases where the recommendation is to not breastfeeding (ex. If the mother has an infection such as tuberculosis).

Consult with your primary physician or pediatrician if you think you have a special consideration that would preclude breastfeeding.

Weaning technically begins once you start feeding your child anything other than breast milk. As mentioned, this will most likely be around six months.

It is recommended to slowly wean your child, both for their sake and yours. It can be physically painful for mothers if they wean too quickly, and it can also be emotionally troubling for your little one.

Weaning is a Personal Choice

The question of “when to wean?” is typically a very personal question. So many factors can influence this as well! Fortunately, in the United States, a women’s right to breastfeed in public is protected in all 50 states.

Breastfeeding is a uniquely human experience that is shared across cultures. However, every culture seems to have a different perspective on best practices for breastfeeding.

For example, in some cultures, disputes within the family discourages women from breastfeeding (lest the milk becomes tainted by anger and affect the baby).

In other cultures, such as Mongolia, breastfeeding in public is common and acceptable.

For some, colostrum (the milk produced earliest on when you begin breastfeeding) is not given to the baby for fear that it is weaker.

This goes to show how many different factors influence breastfeeding.

We’re pointing out some of these differences to highlight that the timeline for weaning, and the social taboo around breastfeeding, is just that – a social construct. The AAP will recommend for a baby to continue breastfeeding through their first birthday.

After the first birthday, AAP suggests continuing to breastfeed for as long as you and your baby are comfortable. AAP emphasizes that breastfeeding an older child causes no developmental harm.

Some mothers will breastfeed a child into their toddler years and beyond. The Mayo Clinic states that most children worldwide are weaned between ages 2 and 4.

The Mayo Clinic also highlights that it is common in some cultures to breastfeed until age 6 or 7.

Differences Between Developing and Developed Countries

UNICEF recently published data on breastfeeding worldwide and found that most developed countries had lower rates of breastfeeding than in the developing world.

The report identifies several possible causes for this, including, “personal, family, community, social, economic and legislative environments of the country and each family.”

Women’s maternity leave also correlates with breastfeeding rates. In countries like Sweden, mothers have more time off and can focus on breastfeeding to a greater extent than their counterparts in some Western countries.

The UNICEF report identified support as a critical factor in the duration and prevalence of breastfeeding. The support can come in the form of societal change, legislation, company maternity policies, or from within a mother’s inner circle of friends and family.

There is growing support for breastfeeding within the United States. For instance, the Surgeon General recently published a “Call to Action to Support Breastfeeding.”

The question of when to wean is ultimately a personal decision for you and your baby. As you continue in this journey, continue to look for sources of support and community that can help you along the way. 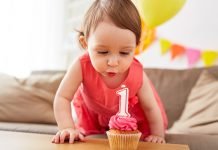 Terrified of SIDS? Here’s When The Risk Goes Down 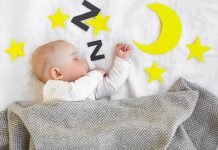 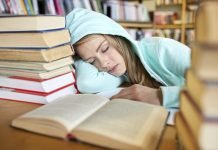 Teenagers and Sleep: How Much is Enough and How You Can Help 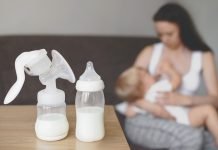 11 Benefits of Breastmilk For Your Baby 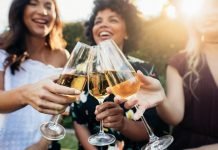 Alcohol and Breastfeeding: Is it Safe? 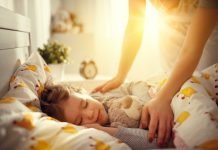 8 Healthy Sleep Habits for Your Child

Welcome to Health 4 Littles!
My name’s Katie, and I’m a Registered Dietitian Nutritionist that has a passion for children’s health and wellness. I hope everyone visiting leaves feeling empowered to apply what they’ve learned to their own beautifully unique family!